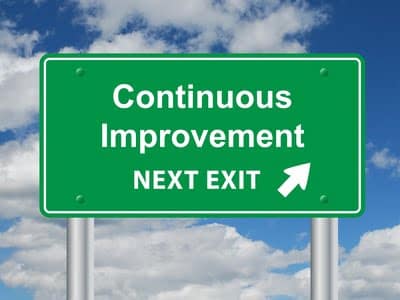 Work on Something Today That Makes You Better Tomorrow

I have always played sports and loved the challenge of completion. I was also one of those people who were fortunate to be able to improve quickly. While that was great and helped me get selected for teams, there was a downside. I was satisfied with my ability and did not work diligently to improve. I plateaued and other players continued to work consistently on improvement.

I started playing tennis as a teenager and have continued to play for the past 50 years. It came quickly to me and I improved. I began to play in tournaments and would win a round or two and then lose. Sometimes to much better players, but often to guys, I should have defeated. Occasionally I would do well and win the event or make it to the final. But I was not consistently working to build my skills and add tools to my tennis toolbox. I had a friend that I played frequently and he always won. It was so frustrating because we were even in our ability. One day we played, I lost the match and my temper. He said, “why are you so upset?” This match means nothing. We aren’t playing for money and this is not a tournament”. I replied, “that is easy for you to say because you always win.” He said, “the difference between you and I is simple. I view this match as practice. You want to win. I decide before the match which shot I am going to work on today. Maybe first serve or my backhand volley, but I pick a shot and focus on improving that part of my game. So I am constantly practicing”.

Then he said, “Rick, work on something today that makes you better tomorrow. Don’t get trapped in the moment; look for ways to improve your shots”. I took his advice and began to see my matches as an opportunity to work on a shot. I didn’t think about the match outcome, just improving the selected shot. Guess what, he was right! I got better and saw steady improvement. I was more relaxed. I often won the match because I was not so focused on winning.

Work on Something Today That Makes You Better Tomorrow. Pretty simple if you think about it.

How often do we focus on building our skills? If all you do is muscle through the day or the week, you probably won’t think about improving.

Every day is an opportunity to learn something new. Maybe it is a new Excel function that can speed up or enhance our analytic ability. Perhaps it is reading a book about personal finances that will move us towards our long term goals. Maybe it is exercising or eating better to improve our health. Perhaps it is spending time with one of our children or our spouse and having a deep conversation.

I challenge you to WOSTTMYBT = Work on Something Today That Makes You Better Tomorrow. Trust me, it works!

Get all latest content delivered to your email a few times a month.